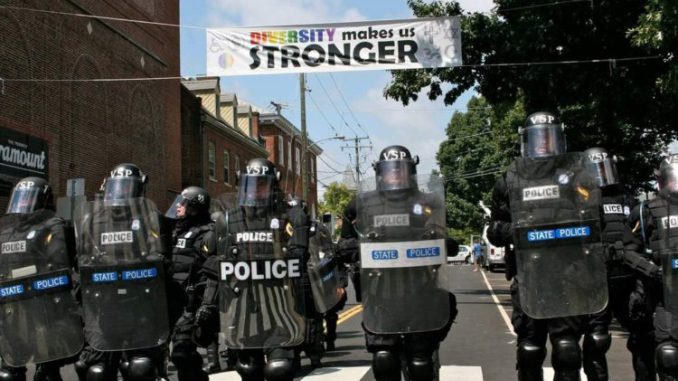 The Left has done an excellent job appropriating white European culture to subvert the core identity of our nations. Hollywood is now casting black actors to portray famous European characters like Sherlock Holmes and Achilles as if to say, “One day it will be as if there never were any white countries. People will think this is the way its always been.” I think our response should be to do some “cultural appropriation” of our own by adopting their civil rights memes to advance the interests of white people.

While identitarians have already made paeans to Leftist protest tactics outlined in Saul Alinsky’s ‘Rules for Radicals’ we’ve yet to successfully model ourselves after the greatest embodiment of those tactics, the so-called Civil Rights Movement. Within constitutional democratic systems the nonviolent civil rights strategy has unquestionably been a resoundingly successful tactic for creating radical societal change in Western countries.

There’s no doubt in my mind that a primary hurdle to successfully adopting these tactics is the desire among many in the movement for a fascistic style of government. Many believe society has become so sick and degenerate that a heavy hand is needed to set its course straight again. I’m personally more of a Classical Liberal but I don’t want to debate that point. I’d rather focus on the fact that we’re not going to get anywhere trying to use brute force as dissidents in a Constitutional Democracy. Because we live in a nation of laws the best way to advance our agenda is by learning to follow those laws and game the system. That is essentially what a civil rights movement does.

We need to fulfill the true promise of the Alt-Right by creating a movement capable of broad social upheaval akin to what the Left accomplished in the 1960’s but in reverse. This means we should be creating a new counter-culture including not just memes and rhetoric but social activism and creative arts like music and film to reflect a pro-white message. Note that these messages don’t have to be so heavy-handed in art. The most refined Hollywood propaganda often pushes its worldview upon the viewer through subtle means like casting decisions and subtext.

Obviously the goals of the pro-white civil rights movement will be different: affirming the rights of white nations to exist like other nations, rejecting the messages of anti-white propaganda and fighting for our first amendment rights (not only in traditional public venues but in the spirit it was intended across privately owned platforms on the internet).

Compare the similarity of these two images (there is no doubt the power is now in the hands of an anti-white establishment): 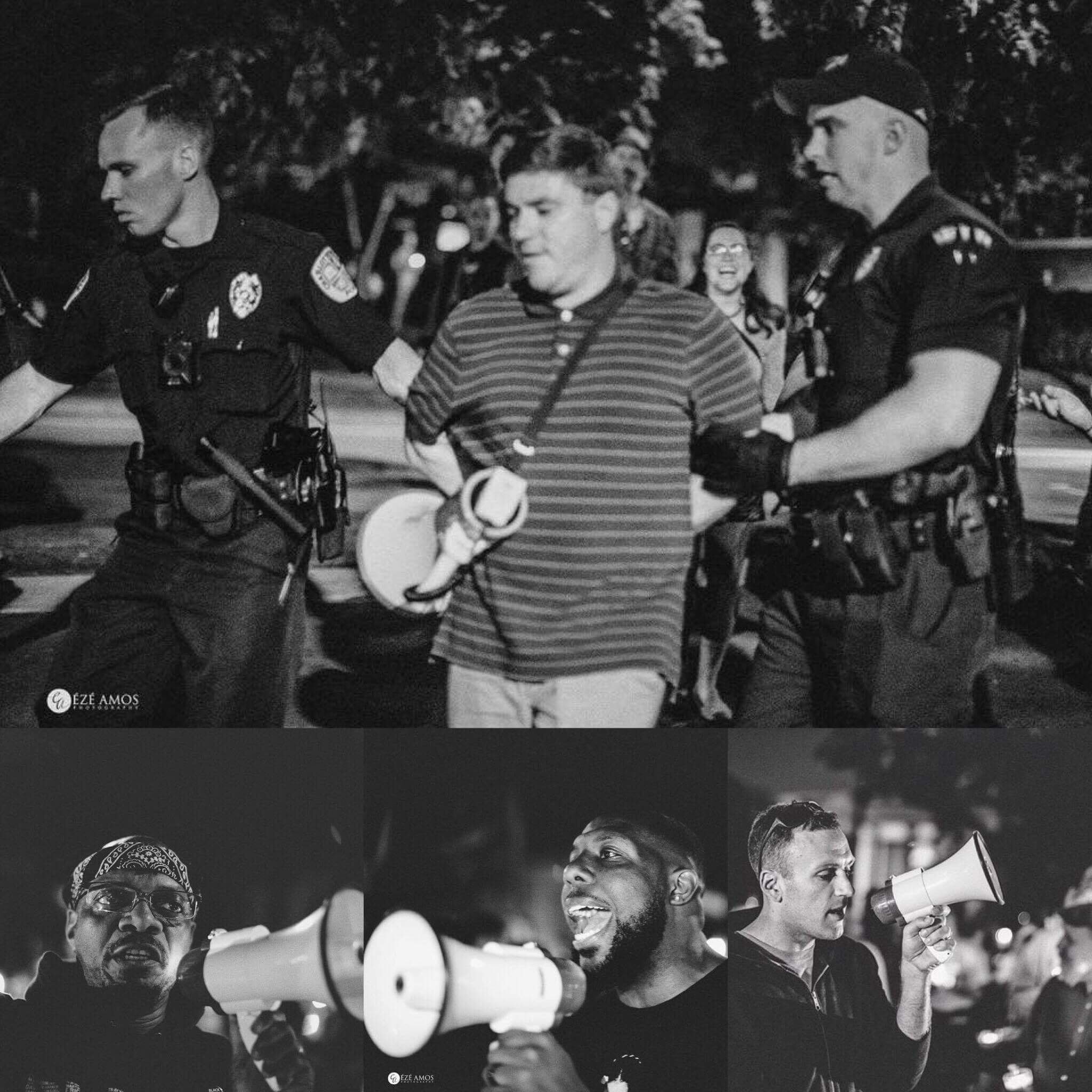 Me being arrested on May 14th, 2017 for using a bullhorn when several anti-white activists favored by the city government were allowed to use bullhorns. 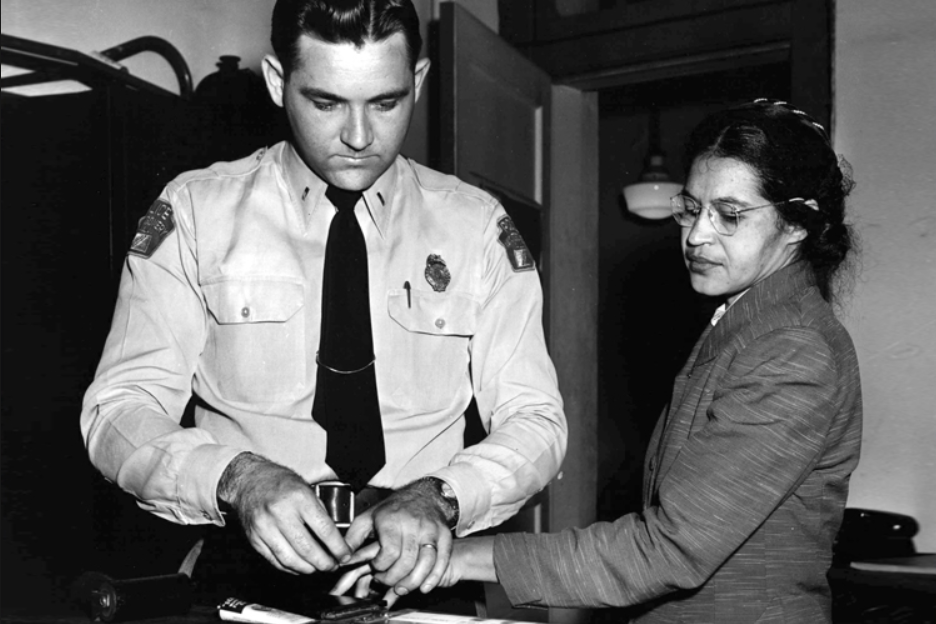 Rosa Parks being arrested in December 1955.

Some may say that the civil rights model doesn’t go far enough. I don’t claim that it does. However it does create an organizational framework by which white advocacy can institutionalize itself without being branded a criminal organization which exists for street fighting with Antifa. There are those who feel that making any move which does not lead to total victory over our enemy is not worth taking. I disagree. There are many intermediary steps required along the path to total victory. By accomplishing one goal you set yourself up for the next, larger goal.

For instance, by leading a peaceful & successful rally at Unite the Right 2 on August 11-12th, 2018 we reaffirm our 1st amendment right to assemble and advocate for the interests of our people, even in one of the most hostile anti-white enclaves in America. By demonstrating that we are a legitimate advocacy movement we can move on to organizing on college campuses and perhaps a Congressional White Caucus. Whenever our enemies try to deny us our rights to speak and assemble as whites, the way that other groups are allowed, we will fight them in court and set new precedents in support of our people.

We really have a strong position if we dedicate ourselves to nonviolent white advocacy. Our enemies in Antifa groups have vowed to use violence to shut down our first amendment protected activities. No matter how much the media cheers them on for this behavior the law is the law. While employing the civil rights strategy the last thing we want to do is give away that strategic legal advantage by using violence against them. We should exercise restraint which will allow us to punish our enemies in the press and in the courtroom for months after the event itself has ended.

Finally we should endeavor to create more cultural events where people can hang out and socialize free from interference by Antifa. The primary perception of our movement should not be that we exist to be in opposition to anti-whites but that we have an independent value of existing to support one another as a people. For instance, I’m a big proponent of us having a pro-white Woodstock type festival with music, comedy and other cultural elements. It should be an opportunity for people to relax and have a good time; something that a college student might go to and invite their friends so that they can learn more about us in person rather than through MSM propaganda.

Compare the iconography of these images which send a subtextual message about what it means to be an American: 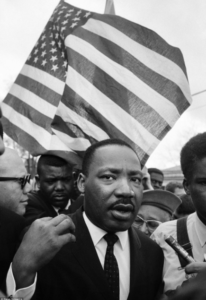 Leftist media liked to juxtapose MLK with US flags to symbolize that the civil rights movement was redefining what it meant to be an American. Nonwhites were “more American” than the white people who founded the country. 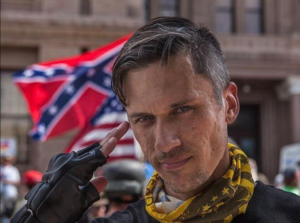 I’m not saying that the white civil rights strategy is the only one we as a movement should adhere to. But when you’re at an event that is modeled as such we should adhere to that formula and not mix strategies too much. For instance, people should have a right to arm and defend themselves against tyranny.  Yet when you’re at a civil rights styled event the primary purpose should not be showing off your militaristic defense capabilities. The objective should be fostering public sympathy rather than striking fear in the hearts of our enemies. Besides, they’ll fear us no matter what we do.

Consider this as we prepare ourselves over the next 7 months for the Unite the Right Anniversary rally. With the upcoming legal battles against the city of Charlottesville and against college campuses across the nation we have a golden opportunity to advance our agenda through peaceful activism, cultural creativity and litigious warfare. When you expand the definition of white civil rights to include a right to exist and the dismantlement of the white genocide agenda we have a broad enough focus that we can accomplish real, demonstrable gains for our people.

I’d like to think this is the beginning of a conversation about opening these tactics up to our people and memeing ourselves as the new civil rights movement. In future posts I hope to elucidate the urgent need to have capable movement photographers to capture our iconic images, specific protest tactics (other than Unite the Right 2) and to explain why we should consider a robust commitment towards complete nonviolence as a protest tactic. 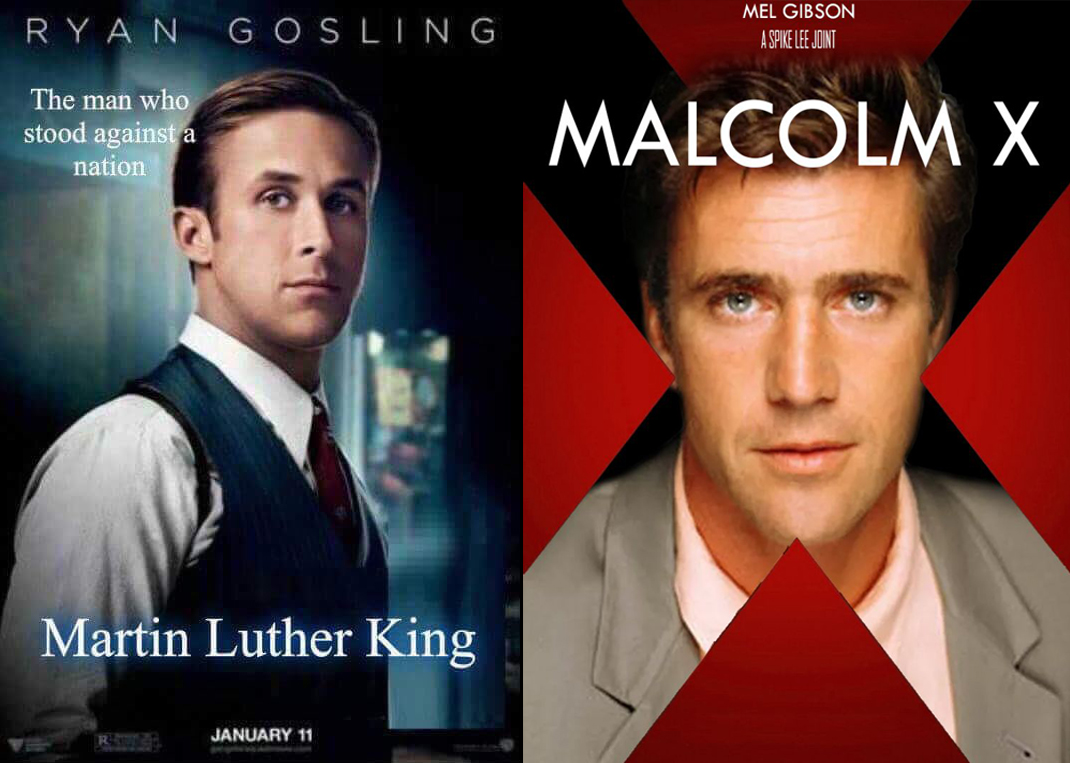