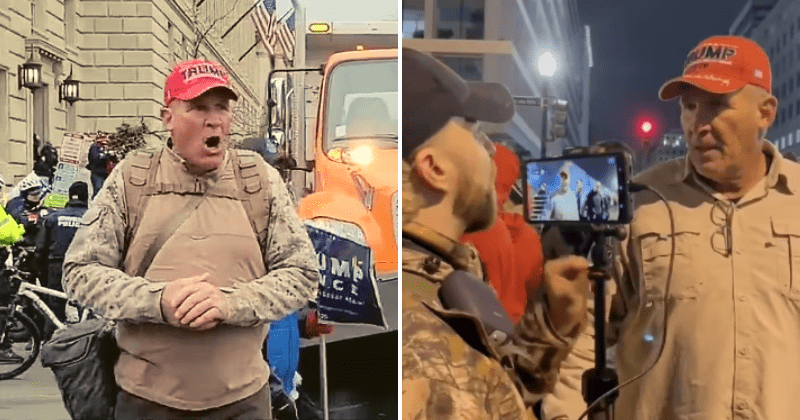 The January 6 select committee, investigating the controversial protest at the US Capitol in 2021, recently interviewed an infamous Trump supporter named Ray Epps. Epps has been at the center of numerous conspiracy theories alleging that he is a federal asset or agent provocateur who incited Trump supporters to break the law by entering the US Capitol. The committee interviewed Epps and he denied, to Congress, that he was employed by the FBI or federal government.

According to a statement from the House probe, “The select committee has interviewed Mr. Epps. Mr. Epps informed us that he was not employed by, working with, or acting at the direction of any law enforcement agency on January 5th or 6th or at any other time, and that he has never been an informant for the FBI or any other law enforcement agency,” the spokesperson said. (Jan. 6 Panel Seeks to Debunk Unfounded Theory About F.B.I. Role in Riot, by Luke Broadwater and Alan Feuer, New York Times, January 11, 2022)

Yet the conspiracies persists. At former president Trump’s first rally of 2022, on January 15, he insinuated that Epps was either an agent provocateur or should be arrested.

Trump went there: What happened to Ray Epps? pic.twitter.com/oDm7VT6DKo

So who is Epps? What we know is that he’s a Marine veteran and farmer from Arizona, where he owns Rocking R Farms, a wedding and hospitality business (EXCLUSIVE: Pictured on his tranquil Arizona ranch and wedding venue…, by Greg Woodfield, Daily Mail, December 28, 2021) He’s also a former chapter president of a right-wing militia called the Oath Keepers. Eleven members of the Oath Keepers, including leader Stewart Rhodes, were recently indicted for seditious conspiracy related to the events of January 6. Eight more Oath Keepers have been indicted on related charges. 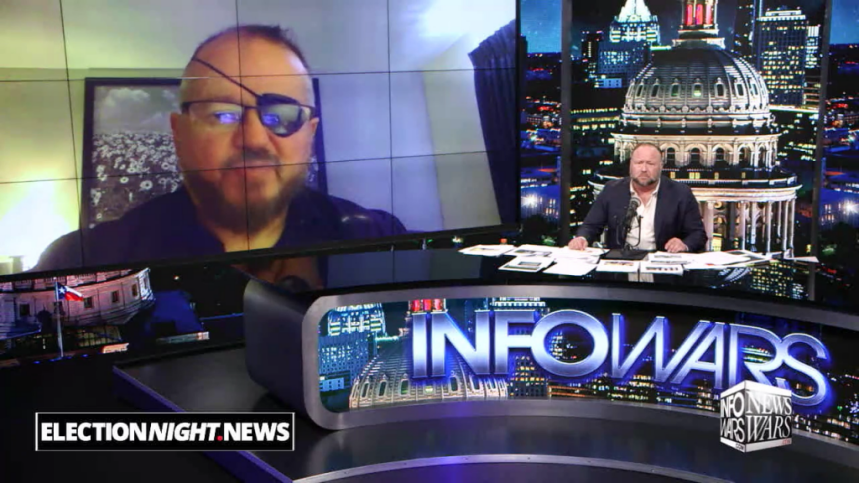 Epps can be seen on January 5, 2021 in Washington DC telling a crowd of Trump supporters they should “go into the Capitol” after Trump’s speech on January 6th. The next day he was recorded encouraging people to march to the Capitol.

Of course, many people did march to the Capitol that day, to protest certification of the 2020 election. Not because of Ray Epps but because the activity was being promoted by huge right-wing personalities like Alex Jones and Ali Alexander. 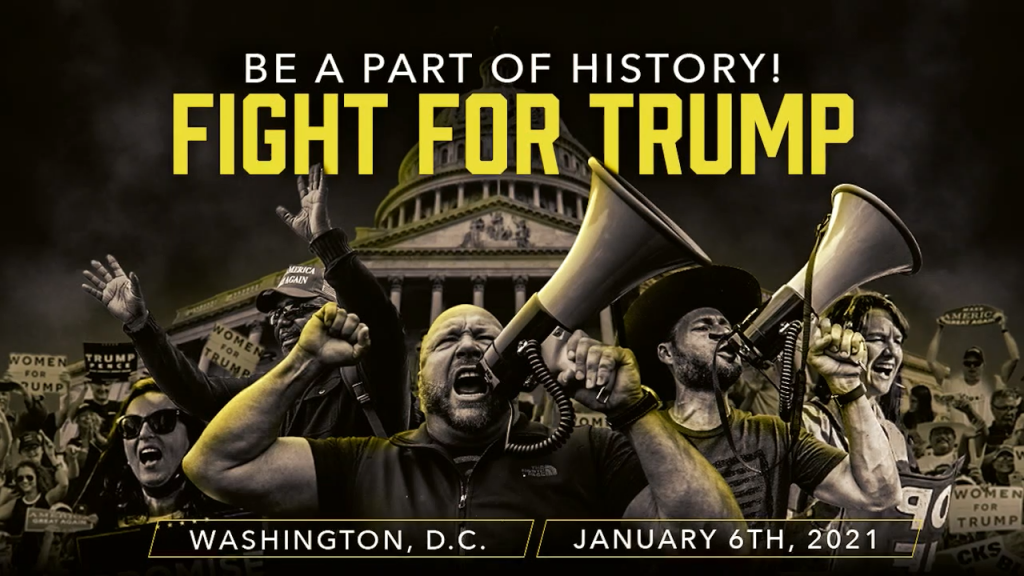 During his speech at the Ellipse, President Trump himself encouraged attendees to march to the capitol for “peaceful protest”. He even promised that he would be marching with them (before mysteriously disappearing into the ether).

The accusations against Epps were first publicized by Darren Beatty of Revolver News. Then the insinuations spread like wildfire, parroted by Alex Jones, Tucker Carlson, Marjorie Taylor Greene, Matt Gaetz and many others. Ted Cruz and Thomas Massie have even brought Epps up in hearings before Congress and the Senate.

Honored that Mr. Massie used some clips that I dug up for this Ray Epps highlight tape with the song "Fortunate Son" in the background.

Just how schizophrenic is the Marjorie Taylor Greene and Matt Gaetz conception of January 6th? See if you can follow this logic.

Ray Epps is a “fed” because he told people to go into the Capitol. (Only a fed would think about doing that!)

But yet select individuals who actually went into the Capitol, like Ashli Babbitt are not just genuine but martyrs for the cause. Greene and Gaetz appeared with her mother during a publicity event for the one year anniversary of J6. (‘This was not an insurrection. But was it a fed-surrection?’ Matt Gaetz brings up January 6 ‘FBI plant’… , by Elizabeth Elkind, Daily Mail, January 6, 2022) So is Ashli Babbitt supposed to have been some childlike simpleton who was tricked into entering because she saw a nobody like Epps on an obscure livestream the day before? LMFAO.

I’m sure she was a Ray Epps fan and not a fan of celebrity Epps accuser Alex Jones who said the January 6 event was going to be “…the most important call to action on domestic soil since Paul Revere and his ride in 1776. The time for games is over” and compared J6 to the Boston Tea Party. (Source: Trump Declares National Emergency! Calls For Americans To March Against The Swamp January 6, 2021) 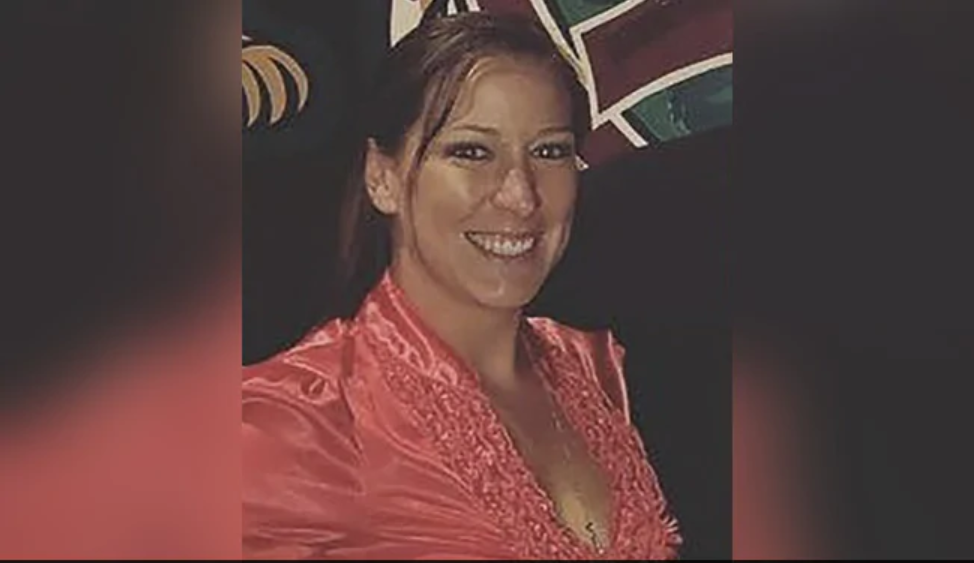 Unarmed protester Ashli Babbitt was gunned down by Capitol Police officer Michael Byrd inside the US Capitol on January 6, 2021

The Epps narrative goes something like this: Epps was seen “inciting” illegal activity. When he encouraged others to enter the Capitol, a virtuous Trump supporter knew better and started calling him a fed. Epps was initially placed on an FBI suspect of interest flyer before being taken off. Could he have been taken off because he is an asset of the Deep State? Could Epps be part of a coordinated effort by the FBI to trick and incite Trump supporters into unlawful conduct? Why after all hasn’t he been arrested if he was encouraging others to breach the Capitol? 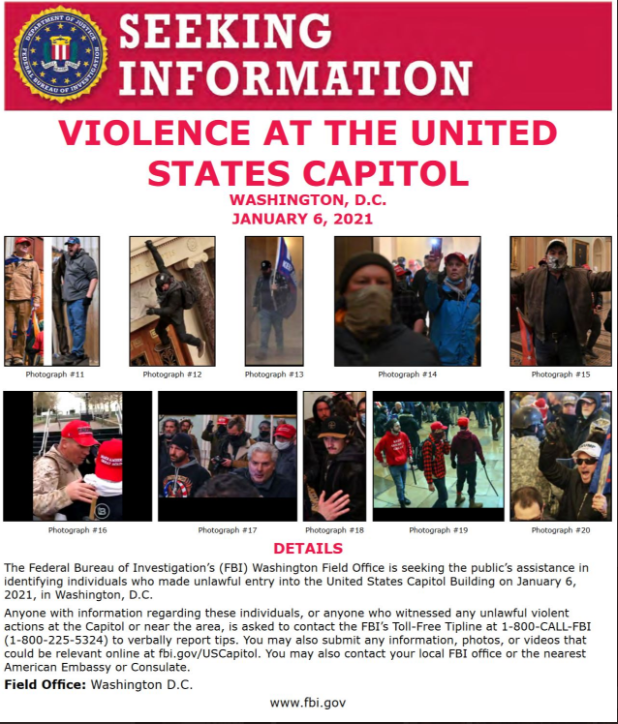 Epps depicted in “Photograph #16” of FBI person of interest bulletin

The first thing that should indicate that the accusations against Epps are more about narrative and spin is the lack of disclosure about the allegedly virtuous Trump supporter who shouted down Epps by chanting that he was a fed (as evidenced by this clip from Tucker Carlson Tonight).

That individual is Anthime Gionet, aka Baked Alaska, an individual surely known to the writers’ room of Tucker Carlson, InfoWars, Revolver etc. He is a hugely popular figure in certain circles online. He is also popularly known by the public at large as one of the individuals who actually went into the Capitol. (‘Baked Alaska’ charged for breaching the Capitol, asks judge to remove GPS monitor, by Kyle Cheney, Politico, March 26, 2021) 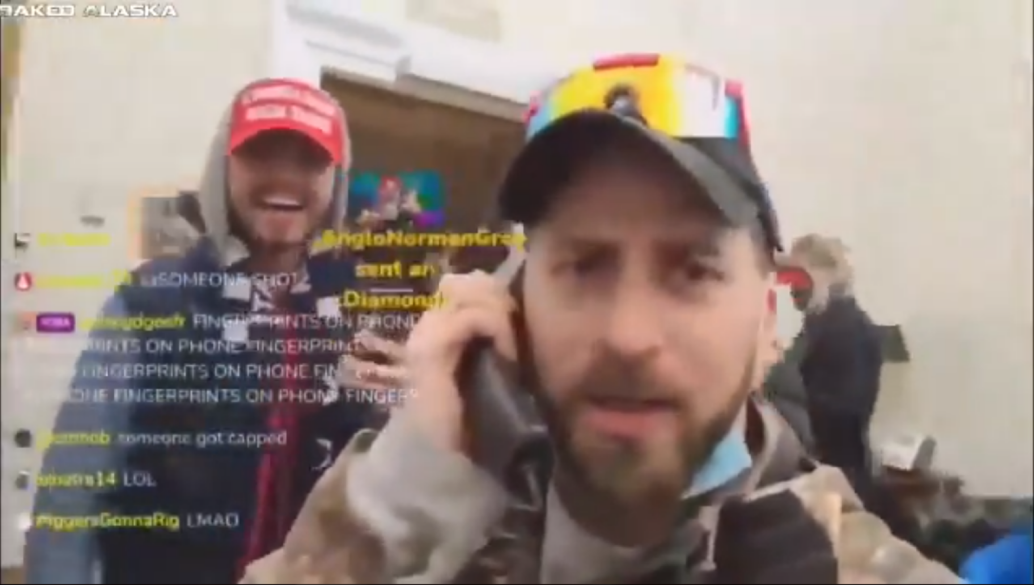 Once inside, he encouraged others not to leave while he videotaped them during a livestream. That video footage was then used to prosecute countless January 6 protesters. Why wouldn’t Carlson disclose that fact? Because it hurts the narrative. Ironically, outlets like Gateway Pundit have accused Gionet himself of being a federal asset. (The Curious Case of ‘Videographer’ Baked Alaska…, by Jim Hoft, Gateway Pundit, December 22, 2021)

Then there is the chimera about the feds refusing to arrest him because they know he is one of their own. Ted Cruz, a constitutional attorney, insinuated that Epps had done something unlawful and should be arrested.

But was Epps conduct actually criminal? If not, and a constitutional attorney is pretending not to know that, we might surmise he is running spin and damage control, right? When Epps tells the crowd on January 5, that he thinks they should enter the Capitol he is, whether intentionally or unintentionally, advocating trespassing, which is illegal.

However, mere advocacy of illegal conduct is protected by the First Amendment. In order to lose constitutional protection and become criminal incitement it must be “directed to inciting or producing imminent lawless action”. “Imminence” has typically been defined by courts as in the moment when the potential illegal conduct might occur, encouraging others to “Do it! Do it!” Epps speech on January 5 was NOT imminent and therefore constitutionally protected.

Now on the day of January 6th, when the protest was actually happening he did not incite the crowd. He was there at the steps of the Capitol actually encouraging deescalation and lawful protest. The fact that the Joneses, Carlsons and Cruzes omit this fact is another point of evidence that they are running a damage control narrative with this poor son of a bitch as the fall guy.

In Darren Beatty’s original Revolver piece, he posts the video of Epps deescalating the crowd but claims it depicts Epps protecting his “apparently fellow officers”. Here, the wiggle word “apparently” is doing a LOT of heavy lifting..

A caveat: if Epps entered into an a priori agreement with the Oath Keepers to break the law, that could constitute a criminal conspiracy. However, to date no evidence has been offered to support that theory and therefore cannot be fairly considered. Hypothetically, if this was true, the reason he isn’t being charged is because he is cooperating against the other Oath Keepers in exchange for immunity.

According to Republican Congressman Adam Kinzinger, who is on the January 6 select committee, “(Epps) didn’t enter the Capitol on Jan 6, and was removed from the most wanted list because apparently he broke no laws. I’m pretty sure the FBI wouldn’t be dumb enough to put their own agent on a wanted list.”

4) He didn’t enter the Capitol on Jan 6, and was removed from the most wanted list because apparently he broke no laws. I’m pretty sure the FBI wouldn’t be dumb enough to put their own agent on a wanted list. Ray Epps has cooperated with the Jan 6 committee and we thank him

Yet Kinzinger’s statements hold little sway with most Republicans because he is a RINO and outspoken Trump critic. That doesn’t mean he is wrong. Despite the partisan nature of the J6 committee itself, we should consider Epps’ testimony in light of the fact that the accusations against him are riddled with inconsistencies, hypocrisies, inaccuracies and cherry picking.

Ultimately, can any of us in the general public know for certain whether or not Epps is an agent provocateur? No. I certainly don’t know the inner workings of the FBI. But fantastic claims require commensurate evidence, not mere insinuations from powerful people with a platform and an agenda. A man’s reputation is at stake.

The much more interesting issue about January 6th is not whether it was a “setup” but whether it was morally justified. Its clear many Trump supporters do believe it was. (Nearly Half Of Republican Voters Call January 6 Riot ‘Legitimate Protest,’ Poll Finds, by Jack Brewster, Forbes, June 17, 2021) Maybe the tiny minority who attacked cops weren’t justified, but all the rest of it about occupying space and challenging an unjust system.

If you believe elections are rigged, the government doesn’t represent you and is flagrantly violating your rights there is probably a strong moral argument for supporting the actions of the predominantly nonviolent January 6 protesters.

That is the hill these conservative commentators should make their stand on. However they want to be spineless cowards and defend the event from a fabricated, peripheral issue of whether the whole thing was a false flag set up by pied piper FBI agents.

That way they can have their cake and eat it too by defending the event without explicitly condoning occupying the Capitol. Its yellow “journalism”, chicanery, sleight of hand and makes us all stupider by avoiding the heart of the issue.

Jason Kessler (email him) is a journalist and civil rights activist with bylines in VDARE.com, Daily Caller, and GotNews as well as his own site JasonKessler.us. Follow him on Telegram, Gab, and Twitter.